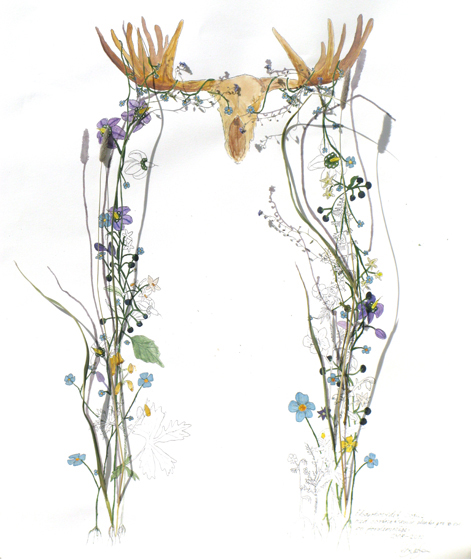 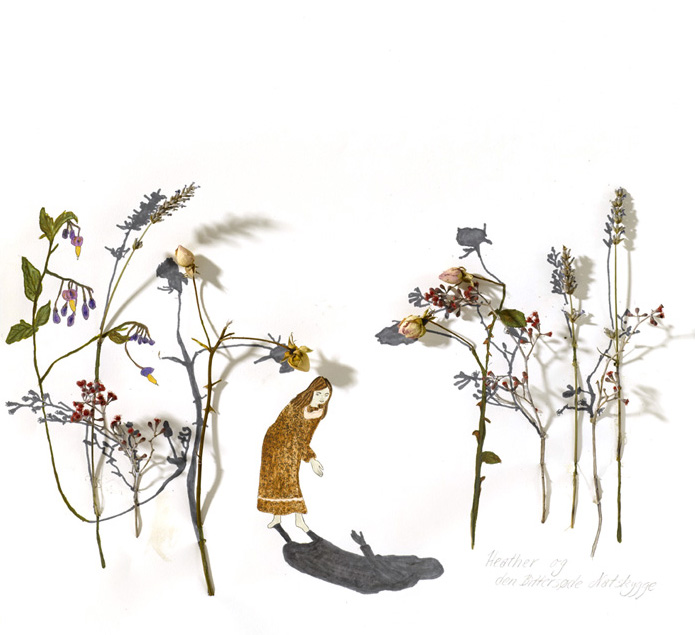 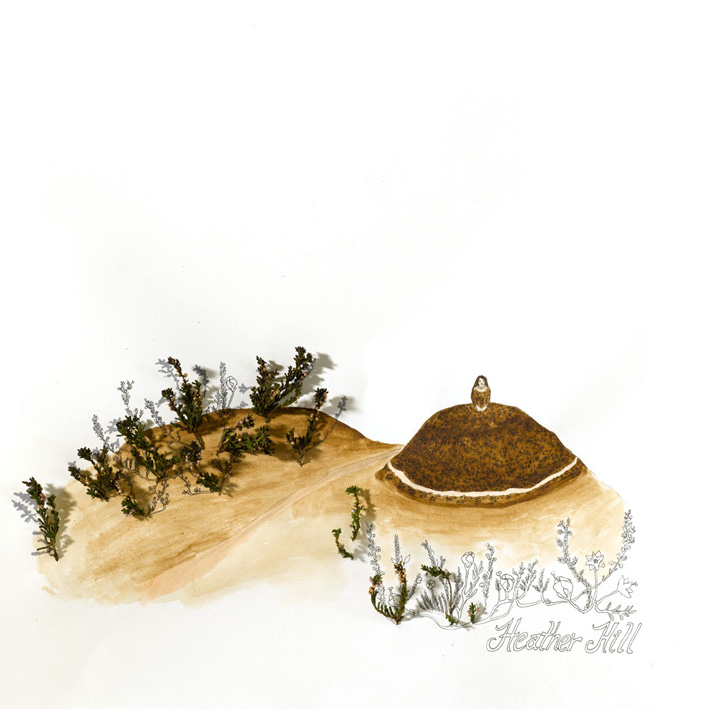 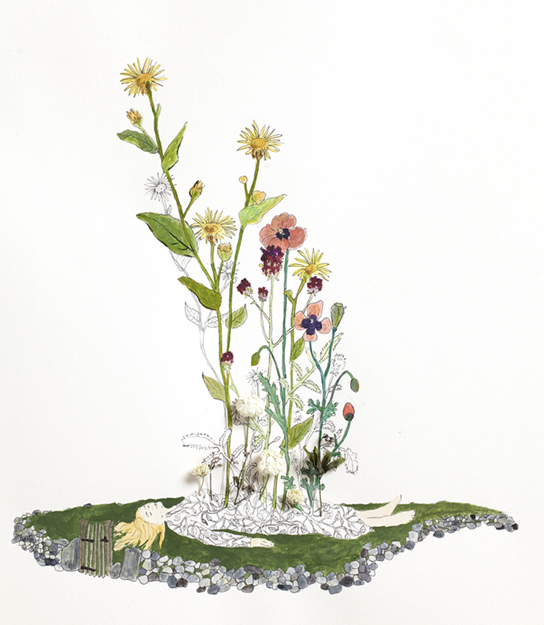 Flowers, plants and grasses collected from places, which the drawings portray, are incorporated into the work. An elk’s skull is surrounded by flora collected at Holløse Dam, situated close to Bredahl’s home in Denmark, where the several thousand-year-old skull was originally found. In another piece, a transparent female figure lies on her back while medicinal herbs grow directly from her stomach, referring to the local legend of St. Helene, who in the afterlife was given life-saving powers, and the sick who lay across her grave, with the hope that they would be healed, indicating that death not be the end but rather a return of life, a recurrent motif. In several drawings, shadows are equally as prominent at the forms they describe, the dark silhouettes depicting both a phenomena of the physical world as well as that of myth and imagination.